He tries to get close.
She's a million miles away.
And she stays that way.

Here's another grubby blues song from 1997's "Time Out of Mind" album. The refrain sums it up: "I'm trying to get closer, but I'm still a million miles from you." Physics and interstellar travel across the endless gulf between humans will get you every time.

Elsewhere in space:
- She took a part of him that he misses. He doesn't think it can go on.
- She lied to herself, but that's OK, he lied to himself too.
- She took the silver and gold and left him in the cold. Even though people ask about her, he doesn't share everything.
- He's trying to bury his memories of doing what he never meant to do.
- He needs her love badly, and he wonders about the meaning of life.
- He keeps his eyes open, he doesn't even wink. He wonders if he will get a chance in the next life to think.
- He's not sure to whom he wants to talk.
- Last thing she said before she hit the street? "Gonna find me a janitor to sweet me off my feet." He says, "yeah, whatever, do what you have to do."
- I wish you'd rock me. I'd rock you in return.
- "Well, there’s voices in the night trying to be heard
I’m sitting here listening to every mind-polluting word
I know plenty of people who would put me up for a day or two
Yes, I’m tryin’ to get closer but I’m still a million miles from you." 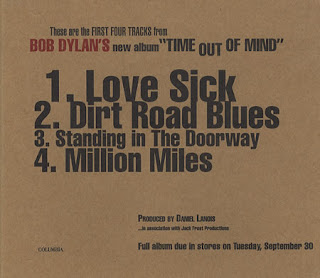 Posted by Robert MacMillan at 3:14 PM