I Am a Lonesome Hobo

Hobo warns people
Not to covet or distrust,
Lest they become him.

"I Am a Lonesome Hobo" is another Old Testament-style morality tale filtered through the shadows of the lonely Appalachians. It appears on the 1967 album "John Wesley Harding."

1. Hobo has no family or friends. He has bribed, blackmailed and deceived. He's done time for everything except begging.
2. He used to be rich, but he was poor in trust toward his brother (which to me means "other people"). His accusations of others led him to doom and shame. You could argue that it was the money and its effect on his character that did it.
3. Lesson: "Stay free from petty jealousies, live by no man's code, and hold your judgment for yourself lest you wind up on this road." 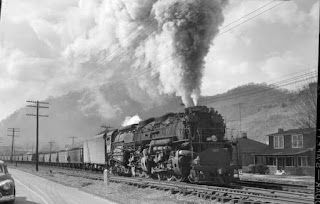 Labels: 1967, I Am a Lonesome Hobo, John Wesley Harding