I was blue before,
But I can tell you now that
I'm doing all right.

This is another barely-begun Basement Tapes track with the Band. The song is available on volume 11 of the Bootleg series. Here are the lyrics, as assembled by someone named Joey on the Liquid Parallax website:

Now when I call her by her name, you know,
She don’t come
She don’t lead me down easy child
But I don’t
I’m gone, the man he’s standing on is
Maybe some
But I don’t have a leak and
‘Cause she knows she don’t

Whoa, it’s so hard so defensive
It’s ok
I swear she’s gone, you know
She’s gonna be the death of me 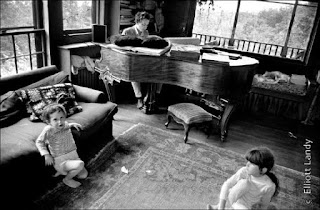 Posted by Robert MacMillan at 3:54 PM