Jet pilot got the
Attention of the boys, but
She's really a man.

Forty-nine seconds of silly from sessions in 1965, later released on the "Biograph" collection.

Well, she's got Jet Pilot eyes from her hips on down.
All the bombardiers are trying to force her out of town.
She's five feet nine and she carries a monkey wrench.
She weighs more by the foot than she does by the inch.
She got all the downtown boys, all at her command
But you've got to watch her closely 'cause she ain't no woman
She's a man. 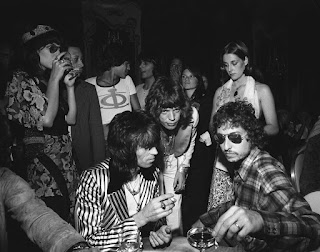