I'll Keep It With Mine

You have many fans
Eager to earn your favors.
Ignore them, choose me.

"I'll Keep It With Mine" saw its first release on a Judy Collins single in 1965. I first heard it on Nico's debut solo album in 1967. She recorded the song after her now legendary appearance on the first Velvet Underground record, and songs like this were intended to cast her as a Germanic folk chanteuse. It worked, sort of, though nobody could keep Nico on the rails, and by the time she recorded her next album, "The Marble Index," she was charting a course for waters that were too dark for most other musicians to follow.

Dylan wrote the song in 1964 as a demo for the Witmark company. You can find that version on the ninth volume of the Bootleg Series. He also tried recording it for the 1965 album "Bringing It Back Home." That version is available on the "Biograph" box set from 1985. A version for the "Blonde on Blonde" album in 1966 appeared on volume 1 of the Bootleg series in 1991. There are other versions too, but apparently don't circulate even among obsessives. I could be wrong about this, as I have found one instrumental version from 1966, pasted below.

As for the song, which is Bob lecturing a woman on what's good for her:
- She searches for what's not lost.
- He notes people will help her and be kind, but he might be able to save her some time by being her main man.
- He might seem odd to you because he loves you for what you're not.
- Again, people MIGHT try to help you, but he's a better bet for the job.
- Separately, there's a train leaving at 10:30, but it will be back tomorrow. The conductor's sick of the reputation. 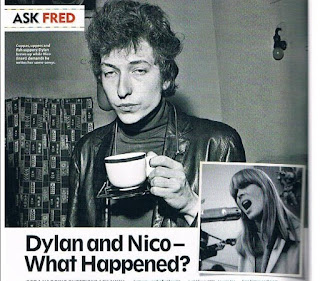