They went through bad times
But teamwork proved to be a
Good investment plan.

"In the Summertime" is a great song off the 1981 album "Shot of Love," but it leaves open much room for intepretation:

1. He was in her presence for an hour. Or a day. He doesn't know. Maybe he's talking about something mystical and not romantic. Hard to say. But they're not together now or else he would have not used the past tense.
2. The chorus: "In the summertime, when you were with me," also is a past-tense construction.
3. The sun never set, the trees were low, there was a nice, shining sea.
4. Bob asks if she respects him for what he did do, didn't do, or trying to keep his mind hidden. Then he asks if he lost his mind when he tried to get rid of everything she sees.
5. He has heart, she has blood. They can cut through anything.
6. Then there's the warning before the flood "That set everybody free." Does he mean the flood that drowned the world? Or does he mean some warning that came before the 1974 Dylan and the Band tour that wound up on an album called "Before the Flood"? Maybe the warning means his breakup with his wife. Again: no idea.
7. Fools make mockery of sin, they want Bob's and his gal's loyalty. She's closer than everyone else, including his next of kin.
8. Evil strangers meddled in his affairs. But no matter, things will be better.

Listening to this song is like trying to figure out how you want to cook your potatoes. There are too many options, and the potatoes just sit there. 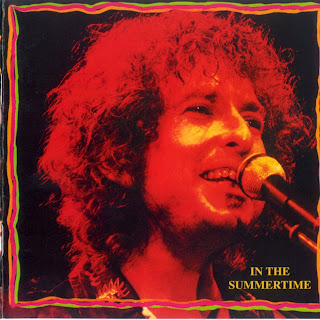 Posted by Robert MacMillan at 3:52 PM