"House Carpenter" isn't so different from a million other spooky songs from the British Isles, but I've always thought this one was pretty frightening. The original title of this Scottish ballad is "The Daemon Lover," and is also known as "James Harris" or "James Herries."

Naturally, it is a cautionary tale for married women who might be considering their options. As the original title page went from the 17th century: A Warning for Married Women, being an example of Mrs Jane Reynolds (a West-country woman), born near Plymouth, who, having plighted her troth to a Seaman, was afterwards married to a Carpenter, and at last carried away by a Spirit, the manner how shall be presently recited.

The story: A man returns to his former lover. She's married to a carpenter and has one or more babies. He convinces her to run off with him to Italy. They board a ship and sail out to sea. She misses her children and regrets her action. Then she spies two coasts. One is bright and beautiful. The other is dark and frightening. She asks which coasts they are and her lover tells her. He lets her know that they're bound for the worse of the two options. At that point, she discovers that he is a demon or the devil or some other malevolent supernatural force. He destroys the ship and she dies, sunk at the bottom of the sea.

Well, if you could have married a King's daughter there
I'm sure you're the one to blame
For I am married to a house carpenter
And I'm sure he's a fine young man

Forsake, forsake your house carpenter
And come away with me
I'll take you where the green grass grows
On the shores of sunny Italy

So up she picked her babies three
And gave them kisses, one, two, three
Saying "take good care of your daddy while I'm gone
And keep him good company."

Well, they were sailin' about two weeks
I'm sure it was not three
When the younger of the girls, she came on deck
Sayin' she wants company

Oh what are those hills yonder, my love
They look as white as snow
Those are the hill of heaven, my love
You and I'll never know

Oh what are those hills yonder, my love
They look as dark as night
Those are the hills of hell-fire my love
Where you and I will unite

Oh twice around went the gallant ship
I'm sure it was not three
When the ship all of a sudden, it sprung a leak
And it drifted to the bottom of the sea 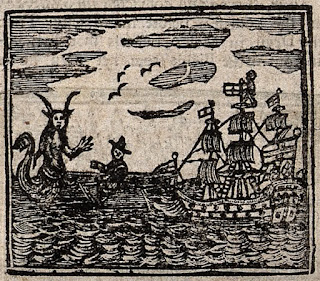